In terms of machine design changes, the most significant are to the new 7000 series, which comprises two models – the 7060T with 6.0m telescopic reach and the 7062VFR with 6.2m outward reach plus variable forward reach. 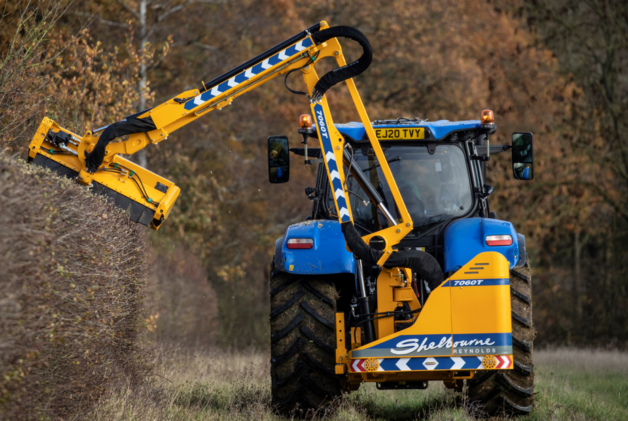 They take many of their design features from the larger 8000/former 800 series models, and are styled similarly, particularly in the oil tank and top cooler cover, improving access to areas such as the oil cooler and oil filters.

Controller for the new 7000 series is the established Shelbourne Reynolds digital proportional joystick plus LCD screen. Main functions are fully programmable, and include proportional control of lift, reach and head angling.

Tractor mounting is via a four-point stabiliser kit or five-point axle-mounting arrangement, the latter a new development that uses the tractor link arms, superseding the old arrangement which meant these had to be secured or removed.

Further 7000 series features include a self-folding transport cab protector like that on the 8000 series, and improved parking stands. While the superseded 700 series Variable Forward Reach offered only 1.6m forward boom movement, 7000 VFR models now also offer up to 0.9m rearward reach to aid cutting in restricted areas. In addition, both T and VFR models offer 10 degrees more head angling capability and incorporate a less obtrusive head angle ram on the VFR model. Slew has been increased from 90° to 102°, which also reduces transport width. 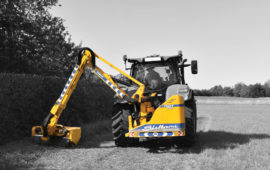